High Inflation is Eating up the Budgets of American Households 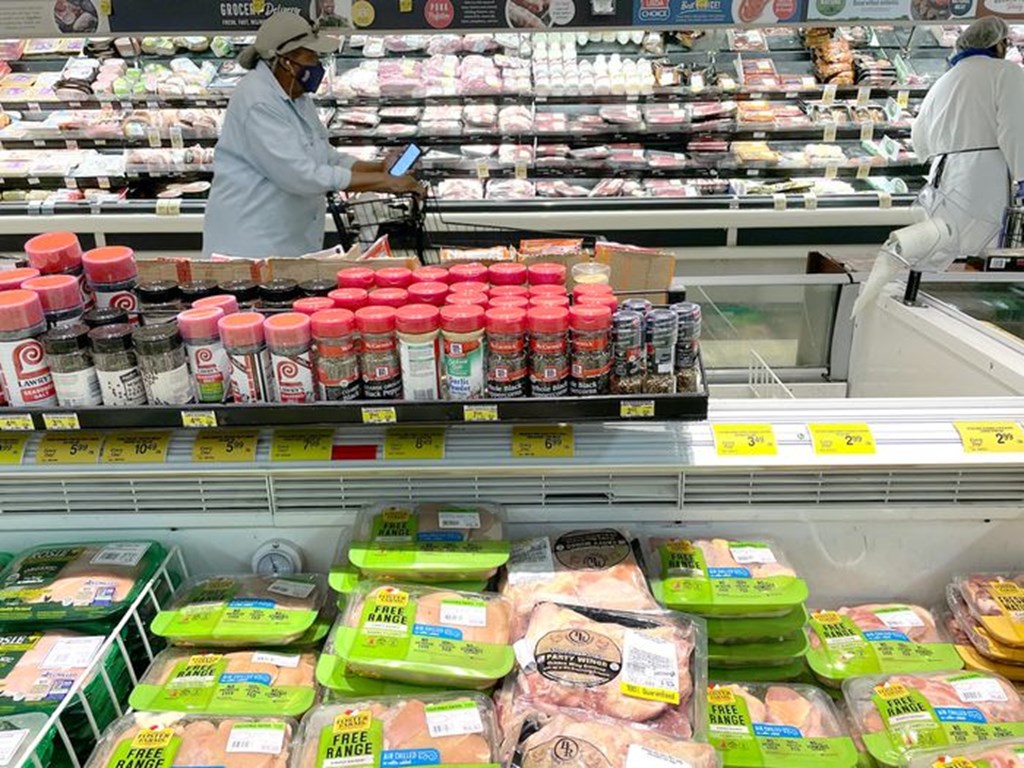 Americans are paying higher grocery bills during the biggest surge in U.S. inflation in more than 30 years.

The cost of groceries have jumped 5.4% in the past year, marking one of the biggest increases in the past two decades, according to the consumer price index. By contrast, grocery prices did not increase at all in the five years before the pandemic. 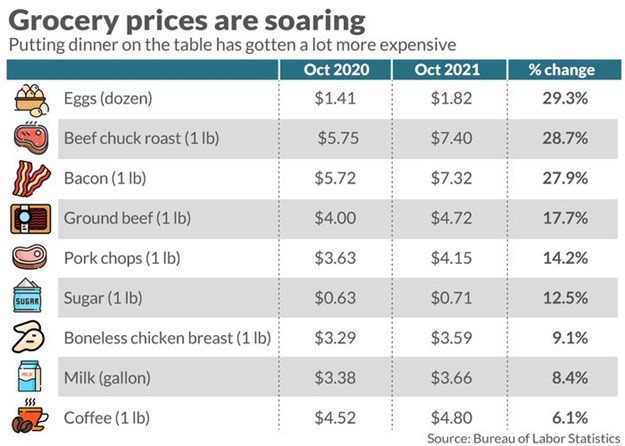 Meat, chicken, dairy, eggs, sugar and coffee are among the products that have seen especially large price gains in the past year, Bureau of Labor Statistics data shows.

The rising cost of food has contributed to the biggest surge in U.S. inflation in almost 31 years. The cost of living has soared 6.2% in the 12 months ended in October, new government figures show.

The increase in prices is outstripping wage gains and forcing Americans to devote a bigger share of their income to staples such as food and gas.

Nothing makes Americans feel the impact of inflation as much as groceries, economists say. Most people shop for food at least several times a week, making it easier for them to see when prices rise.

Take bacon. The average cost of bacon nationwide has soared 28% to $7.32 a pound from $5.72 just a year earlier. In some cities, the cost has risen even higher.

Steak has gotten so expensive — many cuts now top $10 a pound — that consumers are substituting more ground beef. Yet even the cost of popular 80% ground beef has shot up.

“Meat prices in particular have soared,” said Jim Baird, chief investment office at Plante Moran Financial Advisors. He pointed out that meat and chicken account for the largest share of household food budgets.

Even these price increases don’t tell the whole story, though.

The government’s ground-beef estimate, for instance, include large value packs and the cheapest products such as preformed hamburgers that tend to hold down the average price.

For one thing, consumer confidence has fallen sharply in the past several months as Americans confront higher prices.

High inflation is also putting pressure on the Federal Reserve to reduce stimulus. Some critics contend that massive government pandemic spending and the central bank’s easy-money strategy have contributed to soaring prices.

“The price of food is where the public’s real-world perceptions of inflation most sharply come into conflict with fiscal and monetary policy,” said Nicholas Colas, co-founder of DataTrek Research.

The White House, for its part, is rushing to address the problem as Republicans ramp up attacks on Democratic policies that they blame for the spike in inflation. Persistently high inflation could cost the party control of Congress next year.