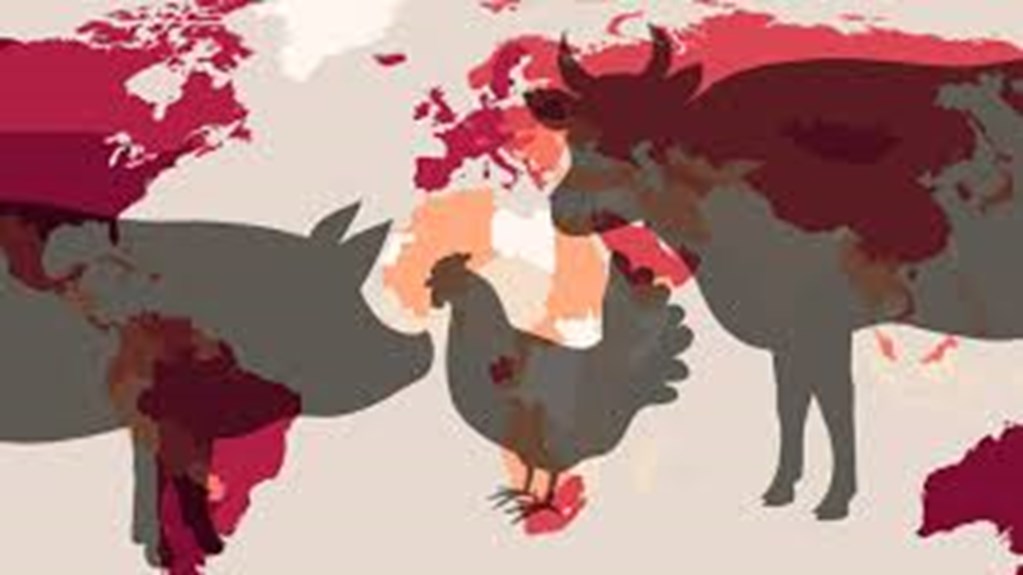 USDA's Foreign Agricultural Service (FAS) is predicting a small increase in global beef and veal production in 2022, up about 1%, driven by a rebound in Australia, where improved pasture conditions have spurred herd rebuilding.

U.S. beef production is forecast down 3% next year as tighter cattle supplies weigh on slaughter. Tightening U.S. beef supplies are expected to constrain exports, which are forecast down 4% year over year, the agency said in its Livestock and Poultry: World Markets and Trade quarterly report.

However, U.S. exports are expected to remain elevated by historical standards, achieving the second-highest total on record.

Australia's production is expected to rise 8% next year. In Brazil, greater cattle availability and improved margins for slaughterhouses will support production growth.

China's beef imports and the country's share of global trade are expected to grow for the eighth consecutive year in 2022, the report said.

FAS forecast a 2% decline in global pork production in 2022, mainly due to an expected 5% drop in China’s pork output.

A dramatic decline in hog prices in China this year is prompting liquidation of hog inventories and will likely result in tighter hog supplies in the year ahead, FAS expects.

"China pork imports are expected to reach nearly 4.8 million (metric) tons, up nearly 6% year over year, after falling in 2021 on rising pork production and depressed prices. However, they will remain below the 2020 record when disease-induced pork supply shortfalls were most acute," the report said.

U.S. production is forecast marginally lower in 2022 as lower pig inventories and producers’ intentions to farrow fewer sows in the latter part of 2021 keep supplies tight going forward. Nevertheless, U.S. exports are expected to rise 3% on improving demand in most major markets.

Global chicken meat production is forecast 2% higher to a record 100.9 million (metric) tons in 2022, according to the FAS report. Brazil, China and the United States are expected to expand production significantly despite higher feed costs.

Both global demand and domestic consumption, with household budgets strained, will support production growth in Brazil. In the EU, production also is forecast to rise as the sector recovers from the impact of foodservice disruptions and avian flu outbreaks.