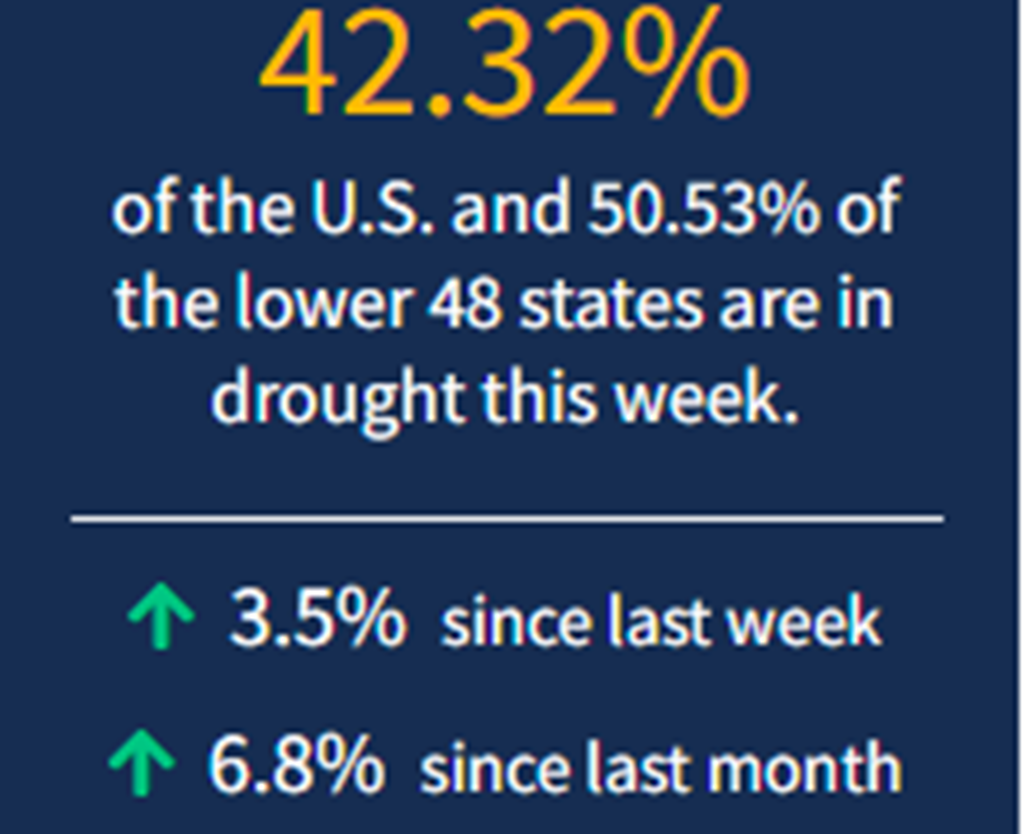 In addition to the massive drought in the West and into the Plains/Upper Midwest, a few other areas of high concern have appeared. Conditions are quickly deteriorating in the South/Southeast and Hawaii. As of November 23, 2021, 42.3% of the U.S. and 50.5% of the lower 48 states are in drought. 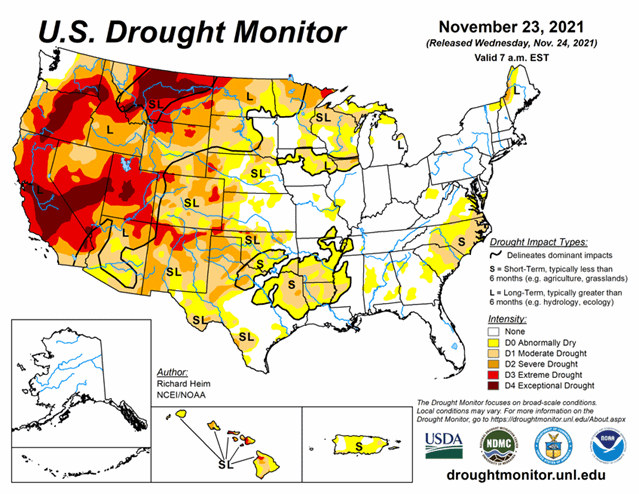 A frontal system will sweep across the eastern CONUS during November 24-30 with another Pacific weather system moving into the Pacific Northwest near the end of the period. They will be moving through a circulation pattern consisting mainly of an upper-level ridge in the West and trough in the East. An inch to 2 inches of precipitation is forecast to fall along the Texas coast to east Texas and over northern portions of the Northeast, with half an inch or more stretching from the southern Rio Grande Valley to New England. Half an inch to an inch of precipitation is expected over the northern Rockies and coastal sections of Oregon and Washington, with up to 5 inches in the forecast for northwest portions of Washington. Up to half an inch is predicted for parts of the Four Corners states in the Southwest, parts of the Great Lakes, and coastal parts of the Mid-Atlantic to Northeast states. Little to no precipitation is expected for much of the West, Great Plains, and Upper Mississippi Valley due to the circulation pattern associated with the western ridge. With the storm track to the north and systems moving into the Great Lakes, much of the Southeast will receive little to no rainfall. Temperatures are expected to be warmer than normal in the western and central CONUS and cooler than normal along the East Coast.