Record number of U.S. workers telling their bosses ‘I Quit’ 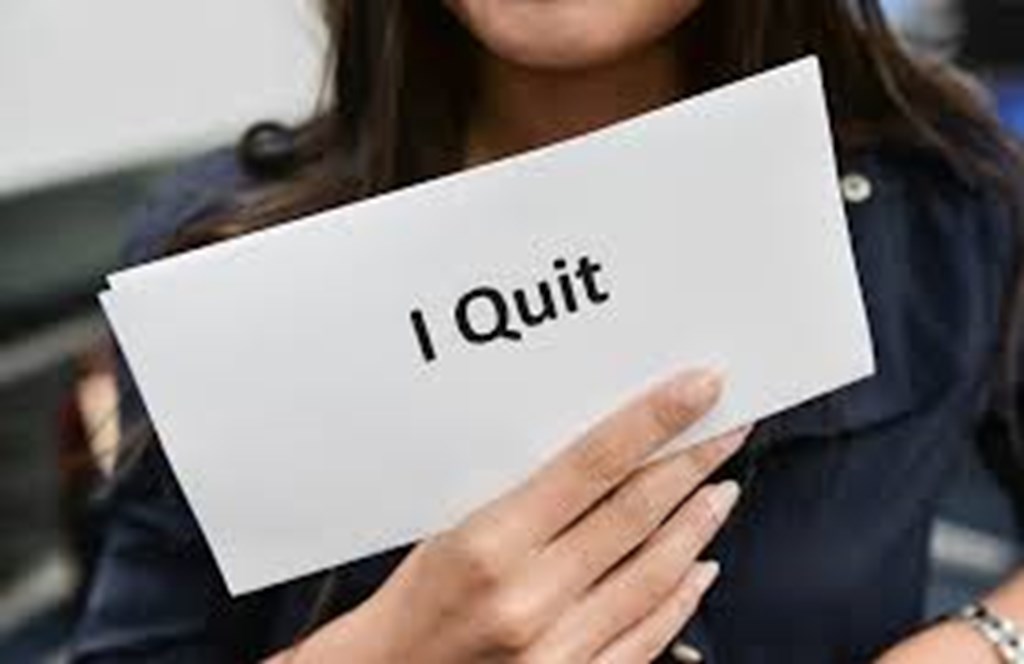 The government on Tuesday reported U.S. job openings fell in August from an all-time high, but even more noteworthy was a record number of people leaving their jobs.

The so-called quit rate climbed to 2.9% overall and 3.3% for private-sector employees. Both are the highest figures on record since the government began to keep track in 2000.

Altogether, a record 4.27 million people quit their jobs in August. By contrast, just half as many had quit during the early stages of the pandemic.

Generally more people quit when the economy is doing well or they think they can find a better job.

They tend to stay put when the economy is bad. At the height of the coronavirus crisis, for example, the quits fell to a seven-year low of 1.8%.

The rise in the number of people quitting their jobs coincided with a spike in coronavirus cases tied to the delta variant, potentially explaining part of the increase.

At the same time, many employees are switching jobs to earn higher pay from competing companies desperate to fill open positions and willing to pay more, economists say.

Many companies complain they cannot find enough workers to keep production going at full tilt and take advantage of strong demand for their goods and services. Millions of people who had jobs before the pandemic still haven’t returned to work.

These labor shortages, along with a scarcity of business supplies, are holding back the U.S. recovery and threatening a broader slowdown unless they relent.

The number of job openings across the country, meanwhile, fell to 10.4 million in August from a record 11.1 million in July, the Bureau of Labor Statistics said Tuesday. That’s still the second highest level on record, however.

Job openings fell the most in public education and leisure and hospitality, two of the industries most sensitive to pandemic. Hotels and restaurants in particular saw a drop-off in business because of delta and the end of summer and needed less help.

The combination of a record number of people quitting and fewer people looking for work compared to pre-pandemic times likely means more struggles ahead for U.S. businesses. They have plenty of demand, but they simply can’t keep up.

The labor shortage is expected to ease in the next year if coronavirus cases continue to decline, especially after the end of generous unemployment benefits provided by the government during the pandemic. The extra benefits expired last month.