Commentary: How the Pandemic Changed What We Eat 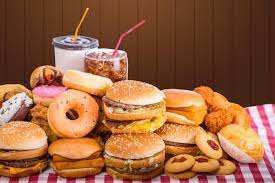 The Coronavirus pandemic has precipitated many changes in U.S. society. The wearing of face masks has become a controversial and political issue; school board meetings and vaccination sites now incite protest. In general, the tone of public discourse in the U.S. has become decidedly harsh and negative. At the same time, and perhaps because of all this, people are binging on snack and comfort foods.

A study conducted by the Centers for Disease Control and Prevention, using a survey of nearly 4,000 U.S. adults conducted in June 2020, found that a sizeable portion of Americans increased their consumption of snacks, desserts, and sugary drinks during the COVID-19 pandemic. Sixteen percent of respondents reported they often/always consumed more snacks and desserts since the pandemic, and 36% of respondents reported sometimes doing so. Ten percent of respondents reported often/always consuming more sugary beverages, and 22% said they sometimes did. Respondents reporting the greatest increase in consumption of snacks, desserts or sugary drinks were more likely to be younger than age 65, identify as black, have lower income, and have obesity. Women were significantly more likely than men to report loading up on snacks.

In the early days of the pandemic, it was believed that the fact people were staying home and not going in to work was leading them to grab a snack or a coke. With this trend continuing, it is now believed that other factors may be at work. More recent research reveals that “comfort food” consumption is on the rise. It seems we have moved on from snacks to food items that make us feel safe and relaxed. Ice cream consumption is on the rise which is good news for dairy farmers.

The fast food sector has also seen a strong rise in business. At first, this was because they had drive-thru lines that stayed open while restaurants were shut down. Today, surveys show families are eating at fast food outlets on average twice a week. Forty-three percent of survey respondents said they were too busy to cook, and 22% said they were too stressed.

UBC psychology professor Steven Taylor, says the pandemic has “rewired our brains.” “The pandemic offered people a hard reset from the way they used to live their lives,” Taylor says. “One very powerful way to change behavior is when you have no other choice.”

Stress and grief are cited as the emotions most people are dealing with, and both of those can impact what we eat.  Sweeter foods and food that brings us a measure of emotional satisfaction are natural choices during this situation. Yet, not all changes in food choices are snacks and comfort foods. A study in Canada revealed that 80 percent of Canadians said they’re spending more on fresh produce and non-dairy substitutes, while 40 percent reported spending less on dessert or ready-to-eat meals.

Will these changes become permanent? Experts are divided on how much things will change when the pandemic is finally behind us. Many believe that, especially for younger consumers, this will not be a life changing event that will alter their perspective and behavior. For those who produce food, the future remains unclear.  On-line shopping for food will remain, especially for higher income shoppers. The next generation of consumers will have their own food trends that will not likely be influenced by the events of 2020 and 2021.