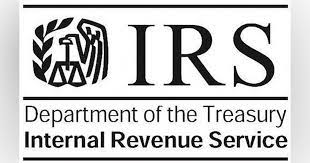 In the ongoing debate over tax hikes for the rich and multi-trillion dollar government spending on the social safety net, a much smaller dollar amount is catching a lot of attention.

A Biden administration proposal calls for Internal Revenue Service monitoring of people’s accounts to kick in at the $600 mark.

Specifically, the administration wants to require financial institutions tell the IRS about the aggregated “inflow” and “outflow” from bank, loan and investment accounts, according to Treasury Department documents. The rule would apply to personal and business accounts, but it would not involve handing transaction-level details over to the IRS. The reporting would be done on an annual basis and the threshold for reporting would be $600 — a level that could increase in the Capitol Hill give-and-take if the idea becomes law.

“This proposal would create a comprehensive financial account information reporting regime,” the Treasury Department said in May. Since then, people such as Treasury Secretary Janet Yellen have defended the idea, saying it may serve as a valuable data point in the administration’s quest to make sure rich taxpayers pay their full tax tab.

Dealing with wealthy households that may have “opaque” or “hidden” income sources, Yellen on Tuesday told CNBC that “a simple way for the IRS to get a sense of where that might be is just a few pieces of information about individuals’ bank accounts, nothing at the transaction level that would violate privacy.”

Banks already have to report to the IRS when accounts accrue interest above $10, she noted.

It’s not so simple, say critics, who range from the banking sector to privacy advocates.

The reporting requirement would be a dragnet for regular taxpayers, not a target on the rich, they say. The proposal for more information amassed by financial firms and gathered by the IRS might also be asking for trouble in an age of identity theft and data breaches, some note.

“While policymakers insist this provision is aimed at high income earners, it sweeps in almost any American with a bank account. This is bad public policy and should be rejected,” according to a letter last month from the American Bankers Association and state bankers associations to Congressional leaders.

Some banks aren’t just denouncing the idea with Congress, they’re letting customers know about their worries too. For example, Capital City Bank, a bank with branches in Florida, Georgia and Alabama, posted its worries on Facebook last month, saying the idea “will invade consumer privacy, raise the cost of tax preparation for small businesses and create unnecessary and expensive burdens for banks.”