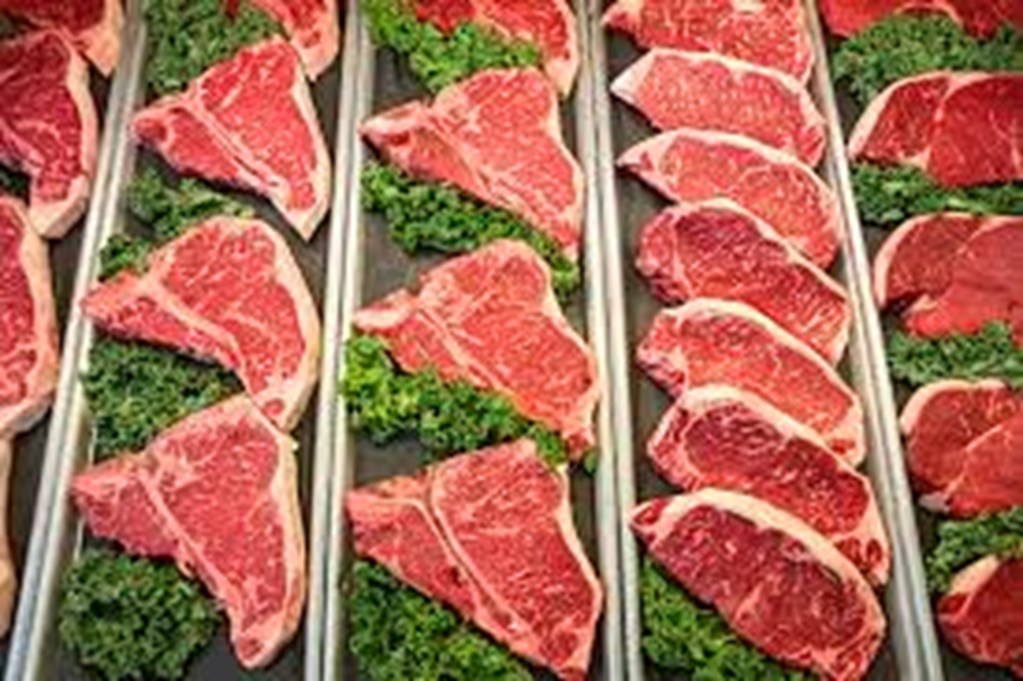 The Biden administration is taking aim at major meatpackers, charging that their “pandemic profiteering” is squeezing consumers and farmers alike, with a few companies that dominate the industry raking in record profits.

White House National Economic Council Director Brian Deese said Wednesday that increases in the prices of beef, pork and poultry are responsible for half the jump in food prices since late 2020, yet farmers have seen little gain in what they are paid by giant meat companies.

“It raises a concern about pandemic profiteering, about companies that are driving price increases in a way that hurts consumers who are going to the grocery store,” Deese said. What’s happened “isn’t benefiting the actual producers, the farmers and the ranchers that are growing the product,” he said.

The comments, at a press briefing at the White House, and similar criticism in an earlier blog post by three senior Biden administration economic aides, sent shares in major meat companies down. Sanderson Farms Inc. dropped as much as 1.7%, JBS SA was down 3.5% at its low for the session, while Tyson Foods Inc. slumped 1.6% at one point.

With mid-term elections looming next year, the Biden administration has been showing concern about rising consumer prices as the economy rebounds from Covid-19. Republicans have repeatedly faulted President Joe Biden and Democrats, saying their economic policies have caused prices to rise. The White House says price pressures are temporary and the result of the rebound.

The White House blamed corporate consolidation in recent decades for the price increases. Four companies control 82% of U.S. beef capacity while the pork and poultry sectors have similar levels of concentration, according to U.S. Agriculture Department data compiled by the administration.

“Absent this corporate consolidation, prices would be lower for consumers and fairer for farmers and ranchers,” Deese and two other economic advisers said in the blog post.

The briefing focused on measures that have already been announced, including Justice Department antitrust investigations that were initiated before Biden took office, new regulations the Biden administration is working on to give livestock producers more protection in their dealings with meat companies and congressional legislation to boost transparency on cattle markets.

“Meat and poultry markets are competitive and dynamic with no one sector of the industry consistently dominating the market at the expense of another,” Dopp said.

The Justice Department is investigating big beef meatpacking companies to determine whether they are violating antitrust laws. The probe started in the last year of the Trump administration, and Biden’s administration is pushing forward, with plans to issue additional civil investigative demands, according to a person familiar with the matter.

Asked if the administration is weighing options to break up the companies, Vilsack said the focus is on supporting competitors to ease the impact of consolidation.

Meantime, the Justice Department is conducting a criminal investigation of price-fixing by chicken producers. That effort has led to criminal charges against companies and executives, including Pilgrim’s Pride Corp. and its former chief executive officer. Tyson Foods has said it’s cooperating.

Beefpackers have been earning record profits. Tyson, the largest U.S. meat company by sales, said its beef segment had a record profit margin of 16% during the first nine months of its fiscal year 2021.

More restaurants are reopening and resuming purchases while sales for consumers cooking at home have remained elevated. Meanwhile, U.S. cattle supplies have been relatively abundant and meat plants have struggled to find enough workers to staff slaughterhouses -- a bottleneck that critics say depresses cattle prices.