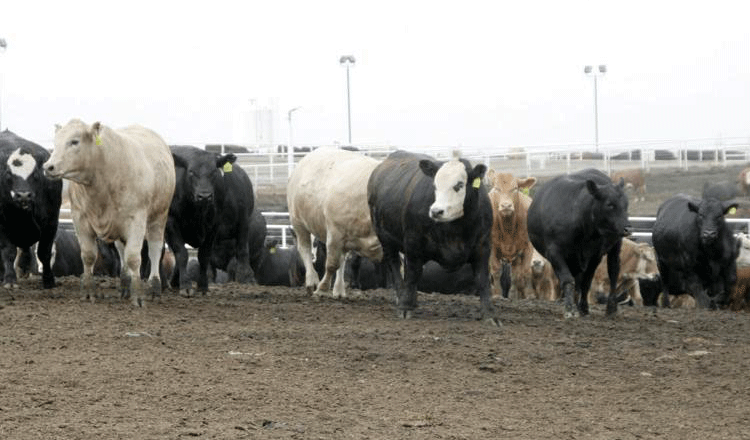 A federal judge in Yakima, Wash., on Wednesday blocked Tyson Fresh Meats from maneuvering in bankruptcy court to wrest the former Easterday cattle feedlot away from a competitor, Agri Beef.

Judge Whitman Holt said Tyson's claim to the strategically located North Lot near Pasco, Wash., wasn't frivolous, but it was uncertain whether undoing a $16 million sale to Agri Beef would benefit Easterday's creditors.

Tyson says it will pay $25 million, a $9 million windfall, but Holt said Tyson's pursuit was likely to provoke lawsuits, with litigation possibly leaving less for creditors. "It's at best a jump ball," he said.

The ruling was a setback for Tyson's bid to regain use of a feedlot near its beef processing plant in Eastern Washington. Tyson declined to comment.

Idaho-based Agri Beef, which also has an Eastern Washington beef plant, bought the lot in January from Cody Easterday shortly after Tyson discovered it was being billed by Easterday to buy and feed non-existent cattle.

Easterday pleaded guilty to one count of wire fraud and promised to pay Tyson $233 million in restitution. He is scheduled to be sentenced Jan. 24. His sentencing has been postponed twice to give him more time to help liquidate his family's farming and ranching operations and raise money for Tyson and other creditors.

At issue Wednesday was whether reselling the feedlot to the highest bidder for at least $25 million could benefit creditors, including Tyson. Tyson claimed the $16 million paid by Agri Beef was too low and amounted to a fraud on creditors, an allegation denied by Agri Beef and the Easterday estate.

Tyson stood to gain a shot at buying the lot, while also benefiting as the largest creditor.

Alan Kornfeld, an attorney for the bankrupt Easterday businesses, said Tyson was trying to use the bankruptcy court to fix a business mistake.

Cody Easterday needed cash and talked to Tyson about selling the lot, but Tyson only offered to subtract $10 million from the fraud debt. "Now they want a mulligan," Kornfeld said.

Wilson said that if the Oregon-based company had known the Easterday lot was for sale, it would have been "very interested" in buying it for "significantly" more than $16 million.

The large feedlot has ample rights and enhanced value because of its proximity to Tyson's plant, Wilson said.

Agri Beef attorney Chris Harris said the company paid above market value for a feedlot that was twice appraised at $9 million. Tyson was apparently trying to strike at a smaller competitor, he said.

"They (Tyson) don't even own feedlots, which makes this lawsuit look to us like an attempt to use this bankruptcy court to disrupt our business," Harris said.

Agri Beef bought the feedlot in good faith and would hold the bankrupt Easterday estate responsible if the sale was undone, he said. "Our damage would be millions of dollars," he said.

Holt said it was possible that reselling the feedlot would raise more money for creditors. But with promised litigation and high legal fees, it would be risky, he said.

"I cannot conclude that the preponderance of the evidence concludes a clear cost benefit," Holt said.