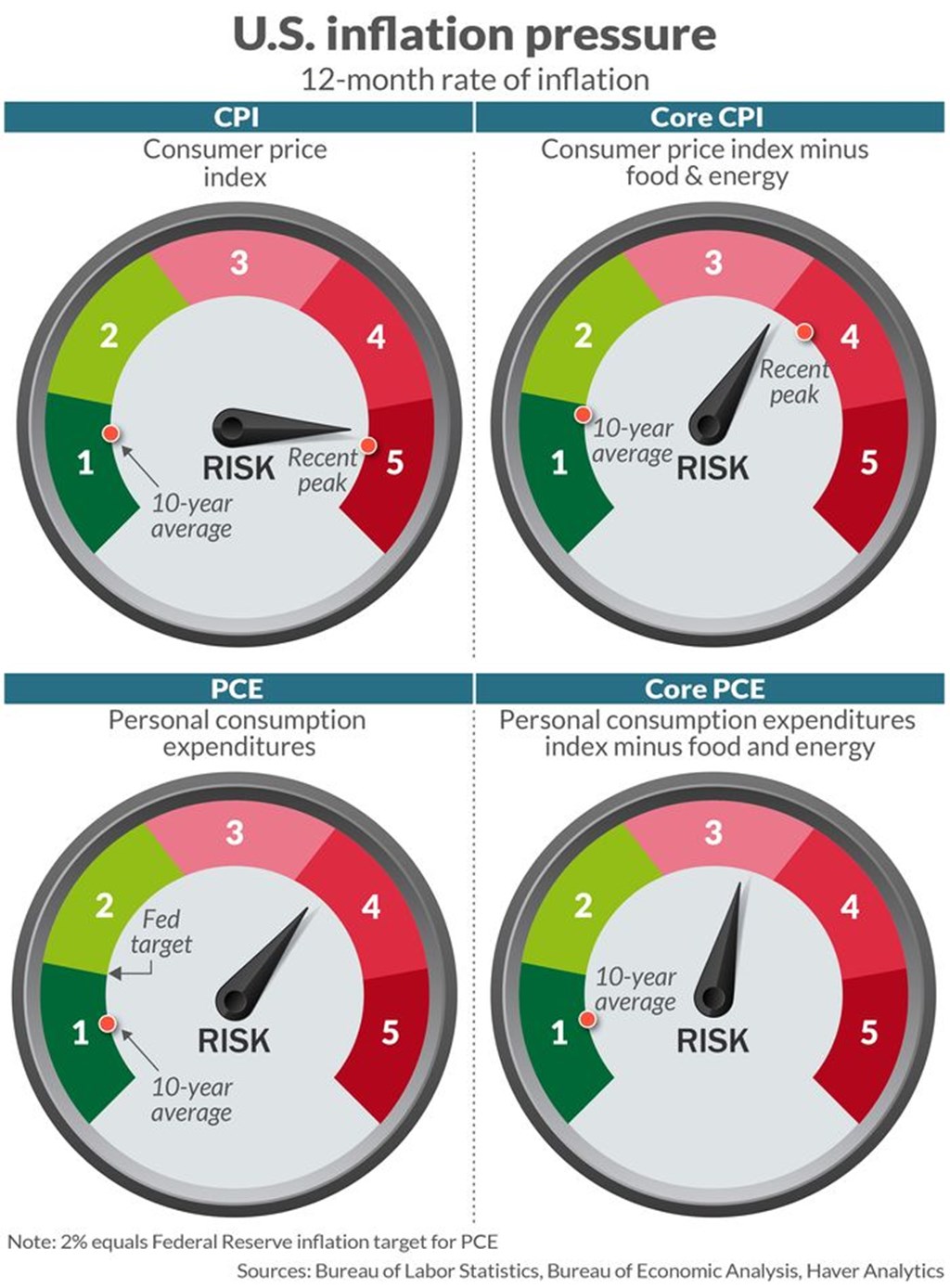 The numbers: The cost of living rose in August at the slowest pace in seven months and signaled a big surge in inflation this year may have peaked, but Americans probably aren’t going to get much relief from higher prices anytime soon.

The rate of inflation over the past year, meanwhile, slipped to 5.3% in August from 5.4% in July. That’s the first slowdown since last October.

Aside from a brief oil-driven spike in 2008, consumer prices have risen this year at the fastest pace in three decades. Consumers are paying more for food, gas, new and used cars and other goods and services.

Another closely watched measure of inflation that omits volatile food and energy rose an even smaller 0.1% in August. That’s the smallest increase since February.

This so-called core rate is closely followed by economists as a more accurate measure of underlying inflation.

The 12-month increase in the core rate fell for the second month in a row to 4% in August after hitting a 30-year high of 4.3% in June.

Big picture: The big wave in inflation this year is all but certain to crest soon, and perhaps it’s already started. The big debate on Wall Street and in Washington is how much price pressures recede and how long it takes.

The Federal Reserve is sticking to its prediction that the rate of inflation will fall toward its 2% target some time in the next year. Fed officials believe labor and material shortages spawned by the pandemic will fade and ease the upward pressure on prices.

Fed critics contend some inflation is getting ingrained in the economy. They worry inflation will remain well above 2% through next year and potentially pose a threat to the U.S. recovery.

For now Wall Street isn’t worrying all that much, but inflation could become a major issue in the 2022 U.S. elections if it doesn’t begin to subside a lot more. Republicans have used high inflation to attack the economic policies of President Joe Biden.

Americans themselves are pessimistic about inflation. A new survey by the New York Federal Reserve shows consumers expect inflation to average 5.2% in the next 12 months. These surveys haven’t always proven to be a good predictor of future inflation, however.

Key details: The cost of food — at groceries and restaurants — rose sharply again in August.

Fewer people bought airline tickets, perhaps because of kids returning to school and the spread of delta. The cost of flying sank 9.1% and was largely responsible for inflation in August coming in below Wall Street expectations.

The decline in used-car prices was the first in six months. Priced are still up 32% over the past year, but that’s down from a recent peak of 45%.

Both new and used cars are in short supply because of lingering disruptions from the pandemic.