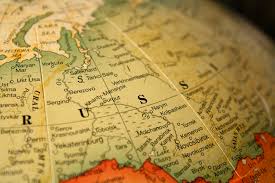 SAO PAULO, Sept 17 (Reuters) - Russia has banned certain cattle and beef imports from two Brazilian states after confirmation of atypical cases of mad cow disease in the South American country, according to the Russian agriculture regulator, in the latest blow to the meatpacking industry.

For both Mato Grosso and Minas Gerais states, they will be prohibited from exporting boneless beef from cattle older than 30 months.

In addition, starting this past Wednesday, any boneless beef shipped from either state must be accompanied by an appropriate veterinary certificate and guarantee that it comes from cattle less than 30 months old.

Russia may clear boneless products shipped before then from the two states, but safety and laboratory tests will be required.

Brazil's Agriculture Ministry did not respond to an emailed request seeking comment.

Brazil - the world's largest beef exporter - had also temporarily suspended its shipments to its No. 1 customer China, in line with a health protocol signed between the two countries.