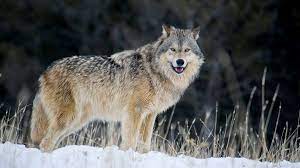 WASHINGTON (September 15, 2021) - Today, the National Cattlemen’s Beef Association (NCBA) and Public Lands Council (PLC) said they are confident that the newly announced review by the U.S. Fish and Wildlife Service (FWS) will confirm what conservation groups, scientists, and ranchers across the West have already observed for years - gray wolves are not endangered.

“We’re disappointed to see the U.S. Fish and Wildlife Service move forward with a 12-month status review for the gray wolves in the western United States. It is unacceptable for the Service to continue to be held hostage by groups who want nothing more than to turn the Endangered Species Act into a permanent management tool,” said NCBA Executive Director of Natural Resources and PLC Executive Director Kaitlynn Glover. “We are confident that the review will confirm what we’ve known to be true for years: gray wolves are recovered and no longer need or meet the requirements for listing under the Endangered Species Act. It is appropriate for the Service to continue to monitor state management of these recovered populations, but we urge them to dedicate resources to species that are truly imperiled. We will continue to defend delisting of these clearly-recovered gray wolf populations.”

Following today’s petition findings, FWS will conduct a 12-month status review to determine whether or not to issue a designation for the gray wolf in western North America under the Endangered Species Act.