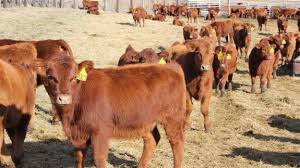 In my last article I introduced the wisdom of my great Uncle Ed, who, when asked “How do you make money in the cattle business?”, always gave the pat answer “Buy low, sell high, keep ‘em alive, and put gain on ‘em cheap”.

Last week I covered “Buy low, sell high”. Which is true up to a point, but we often lose sight of that fact by overbidding for that fancy set of calves that comes through the sale barn, or when we buy the plain set of calves that will always be discounted.

The classic example of buying at a discount is buying the un-weaned, horned, bull calf. This is what Don Gill, the former OSU State Extension Livestock Specialist, called “mismanaged calves”. Many of us would call them “unmanaged calves” because there is no indication that the calf had ever been in a working chute for vaccination, deworming, or any other management input.

When we say “keep ‘em alive” we really mean keep them healthy. Castration and dehorning after weaning adds stress on top of the stresses of weaning, transport and marketing which can lead to reduced response to vaccination and increase susceptibility to disease. Nutritional deficiencies can reduce immune response and lead to more disease pressure (so, sometimes those thin calves may not be as great a deal as we think).

Research was conducted on Southeastern calves that entered the receiving pens as bulls or steers were tracked through receiving and grazing. These 270 calves weighed 463 at arrival. Calves that arrived as bulls and castrated during initial processing had 78% first pull bovine respiratory disease (BRD) morbidity, while steers had 50% morbidity. Bull calves had 2.5-times more 2nd treatments and 1.7-times more 3rd treatments for BRD. During the 42-day receiving period, calves that arrived as steers gained 1.8 pounds per day; while calves that were castrated after arrival only gained 1.2 pounds per day during receiving.

Animal health is one of the primary concerns for beef cattle operations. Increased health issues affect performance much further down the line than we often think. We tracked over 1,300 calves through receiving and grazing, and found that increasing BRD treatments reduced performance not only during receiving but also during subsequent grazing and finishing. So, often our goals to “Buy Low, Sell High” and “Keep ‘em Alive” run counter to each other.