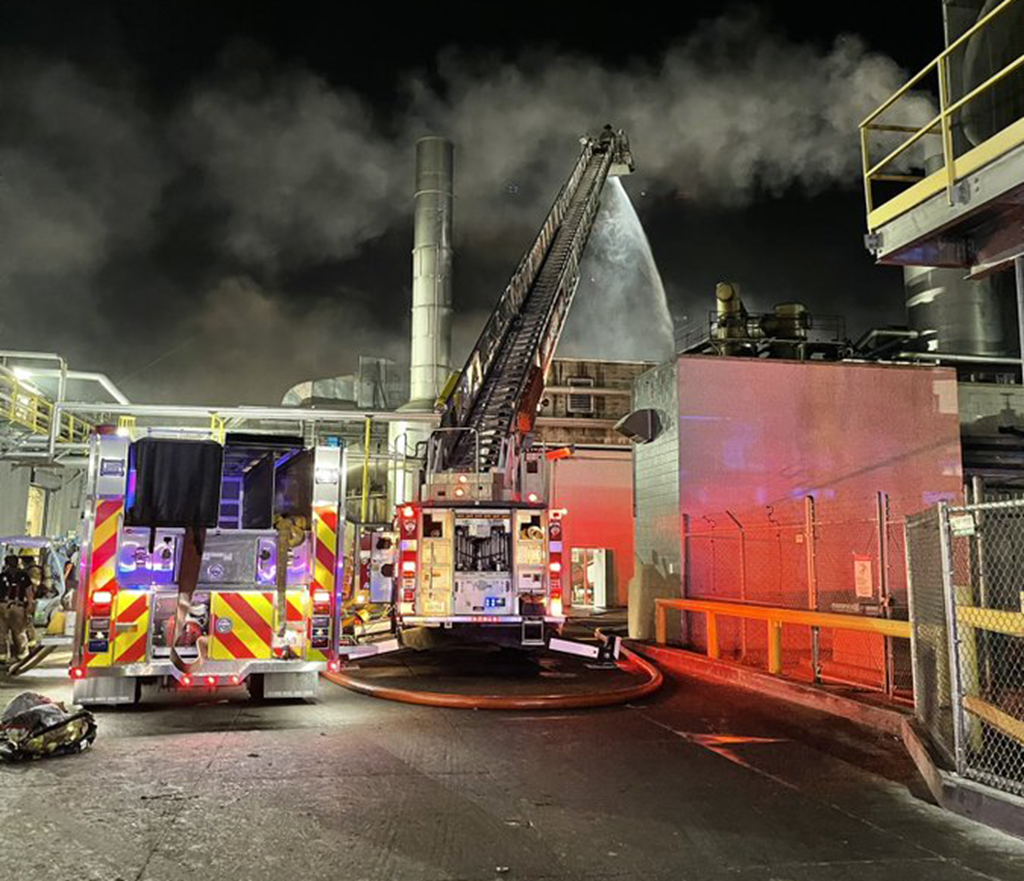 GRAND ISLAND, Neb. — SEPTEMBER 13, 2021: 7:50 A.M. Fire crews switched shifts so fresh crew members could take over the scene at JBS in Grand Island. Officials said the fire is in the roof and walls, making it hard to completely get the blaze out.

Battalion Chief Scott Kuehl said Grand Island firefighters have been on the scene of a fire at JBS since around 9:45 p.m. Sunday night.

The situation is to a point where no one is in danger, but firefighters are having a hard time with the 'overhaul phase'. The fire is in the roof and walls, making it hard to completely get the blaze out, according to Kuehl.

No firefighters have been injured and there have been no transport of victims from the scene, so no known injuries at this time.

The fire appears to be located in the roof on the rendering side of the plant. According to scanner traffic, styrofoam in the roof was involved.

It's not known the extent of the damage or the cause, but the plant did ask many workers to stay home Monday.  No known injuries at this time

The plant announced on Facebook, "As of this time fabrication and slaughter A and B shift will not be working September 13, 2021."