Meat Wars: Why Politicians want to Break-Up the Powerful US Beef Industry 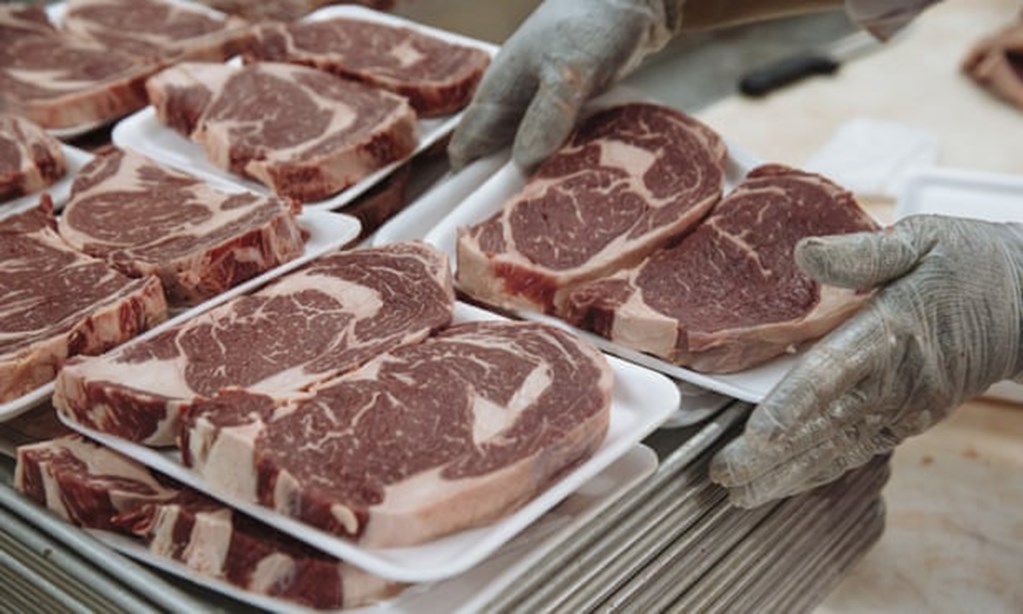 Both the planet and U.S. politics have heated up in tandem over recent decades, but few sectors have stewed in controversy quite like America’s beef industry. Four super-powered meatpackers control more than 80% of the US beef market, an extraordinary concentration of market power that the Biden administration is not happy about.

A recent executive action signed by the president aims to increase competition in the beef industry, with the White House noting that, over the past five years, “farmers’ share of the price of beef sales has dropped by more than a quarter – from 51.5% to 37.3% – while the price of beef has risen”.

But how were the big four meatpackers able to capture so much of the US beef processing capacity? They had help.

When explaining the history of consolidation in US meatpacking, it is normal to begin in the age of Upton Sinclair’s 1906 novel The Jungle. In the wake of Sinclair’s muckraking exposé on the industry of the time, Congress passed the Pure Food and Drug Act and the Federal Meat Inspection Act, aimed at cleaning up the meat supply for consumer health and challenging the nearly unrestricted power of these players.

Josh Specht, an environmental and business historian, offers another interpretation of this starting point. “These acts accepted the state of the meatpacking industry as of 1906,” he writes in his book, Red Meat Republic. “Big meatpacking was no longer questioned, it was regulated.”

A third act, passed in 1921, the Packers and Stockyards Act, was specifically intended to break up the vertical integration of the big companies by forcing them to sell off their interests in businesses that owned, for example, railroads or refrigerated trucks.

This did much to check the power of big packers, Specht says, though labor movements of the 1940s and 50s were just as important. But eventually the industry would revive the old playbook of earning steep profit through immense scale and labor exploitation, and today, all four of the largest beef processors of Sinclair’s time are still around in some form.

Today’s big four – Tyson, JBS USA, Cargill and National Beef – are more than just the heirs to the American meatpacking legacy. They are also multinational giants, two of which are majority-owned by Brazilian companies. In fact, in 2020, many packers were criticized for the amount of meat that was exported at a time when processing was limited due to Covid outbreaks in processing plants, driving up prices and creating shortages at grocery stores that affected US consumers.

But today’s big four didn’t grow into behemoths overnight. In the mid-1970s, they controlled as little as 20% of the meatpacking market. What changed? The answer, in part, lies beyond the meatpacking sector, with corn farmers and grocery stores.

It’s no accident that the 1970s marked the re-ascendance of a concentrated meatpacking industry. The early and mid-70s were a period of explosive growth and high demand for agricultural products, when farmers across the country were experiencing some of the highest relative incomes seen in US agriculture, before or since.

During this time, farmers and ranchers with cash to hand and access to cheap financing were looking to make investments in their agricultural businesses that would improve cash flow. Especially in the Great Plains, cattle feedlots were just the ticket, requiring relatively limited amounts of land. These years witnessed a boom in the number and size of feedlots, along with advances in antibiotics, feed and cattle genetic technologies.

By the late 70s and early 80s, market conditions led to a dramatic oversupply of grain, and though many farmers suffered historic losses, those who had invested in feedlots were able to buy cheap feed to fatten cattle in their new or expanded confined animal feed operations. These factory-like facilities did what they were meant to do – they helped their owners avoid the downside risk of producing seasonal and weather-dependent crops.

In 1979, grain-fed cattle accounted for a quarter of the US’s total beef production, but that number has shot up over the past 40 years to more than 60% today.

The feedlots that found the most success tended to be in the Great Plains, from the Dakotas to Texas, located in a sweet spot between the Midwest’s feed grain abundance and the intermountain west’s supply of feeder cattle (young cattle weighing 500–600 lb, which are brought to market weight in a feedlot).

Meatpackers followed behind these feedlots, which also trended towards consolidation, though not as dramatically as packers. Today, less than 5% of feedlots control 80% of the fed cattle market, most of which are located in just five states.

As the number of cattle suppliers that a given meatpacker had to work with declined, the number of meat buyers also diminished, and their average size grew.

By the 90s, consolidation in the US grocery sector was already well under way, with the top 20 food retailers in the country selling nearly 40% of all retail groceries. By 2019, the top four food retailers were capturing that same 40% of sales, according to the USDA, while in metropolitan areas, their share was over 70%. Grocery’s big four – Walmart, Target, Albertsons and Kroger – are able to exert a surprising amount of power over their suppliers, even over the big four meatpackers.

“It’s what we call the power of the purchase order,” says Errol Schweizer, former vice president of grocery for Whole Foods, now an industry adviser. “Retail buyers have a lot of say over the supply chain in terms of their ability to send a purchase order or withhold the purchase order.”

The power of the purchase order is significant, as contracts with major retailers are both extremely competitive and lucrative. The biggest and most centralized meatpackers are usually able to offer the lowest prices to supply retailers with vast and reliable quantities of familiar meat cuts daily, and the fewer meat suppliers a grocery chain works with, the lower their costs of doing business. In this way, as fewer and fewer grocery chains own more and more of the market, they turn to the fewest and biggest meatpackers, further entrenching a system of mega-players all the way through the beef system.

But the clout that comes with being a mega-buyer has its limits, as has been witnessed with continuously climbing beef prices. These increases are a result of Covid-related slowdowns in meatpacking, caused mainly by outbreaks in meatpacking plants that led to thousands of workers falling ill and hundreds dying. Packers passed price increases through to their retail customers, who in turn passed them on to consumers.

The feedlot-packer-grocery mega-group might be showing signs of fraying. In 2020, Walmart made a small step towards taking over some of its own meat processing by opening a new facility in Georgia to make “case-ready” cuts of meat, not unlike Costco’s 2019 opening of a poultry plant in Nebraska. This seems to be a sign that big retailers are looking to take back some margin from meatpackers, though currently on a very small scale.

However it happens, many believe that reducing the consolidated power of these big players is critical, not only to keep consumer prices low and ranchers in business, but to protect US food security. The global pandemic is not the only event to reveal just how fragile the current consolidated system is – the recent cyber-attack on JBS, which cost the company an $11m (£8m) ransom, halted one-fifth of the US’s meat processing capacity for days, with the effects felt up and down the supply chain.

Advocates say that if one of the aims of reducing consolidation is to improve protections for workers, particularly the vulnerable meatpacking workers who sickened and died from Covid-19 at rates well beyond the average, the pressure must be on the whole food system, not just meatpacking companies.

“Not one grocery retailer said, ‘Hey, this isn’t right’,” Schweizer says of retail meat buyers when reports of illness and death related to plants surfaced. Instead, he says, retailers prioritize having meat in stock no matter what, as it’s an important driver of customer loyalty for grocers. But it was well within their power, he says, to withhold or slow down purchases to pressure meatpackers to improve conditions and protect workers.

As pandemic-driven changes to the food system continue to play out, experts will be carefully watching how the Biden administration attempts to tackle consolidation in the meatpacking sector. Austin Frerick, a Yale-based competition and antitrust expert, is optimistic that some meaningful steps will be taken soon, but says what he’s seen so far does not break with the historical trend.

“The state of play for the last 40 years,” Frerick says of political efforts to break up the big meatpackers, “has been empty words. This is a question of political courage.”