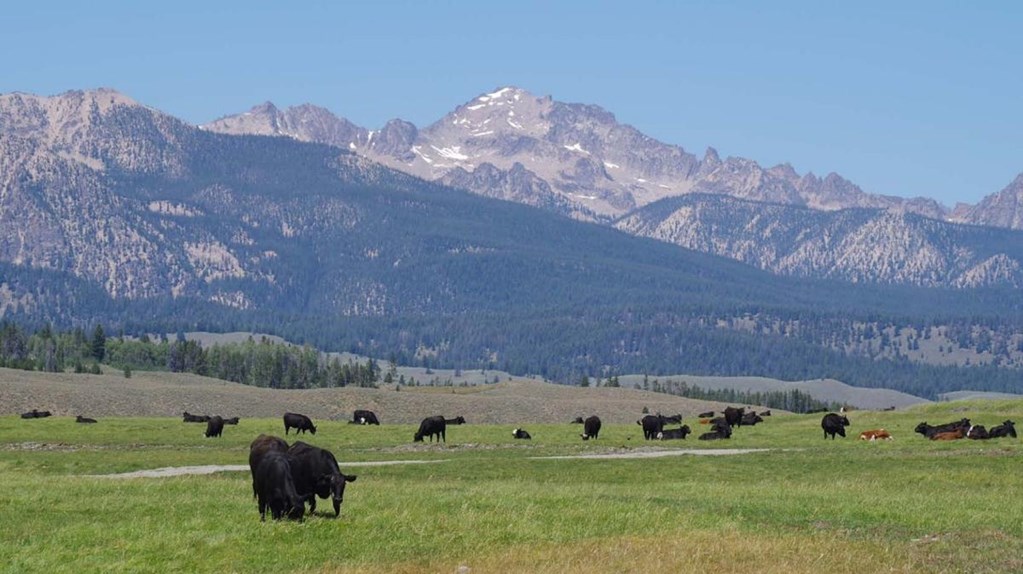 BOISE, Idaho — An environmental group that wants to end public-land grazing has outbid a rancher in central Idaho for a grazing lease on state land that includes habitat for bull trout and steelhead.

The group and the Idaho Cattle Association say it's possible other state grazing leases could be sought by other environmental groups.

Bidding on the lease for the allotment that is bordered on the west side by Idaho State Highway 75 started at $250 at the auction held by the Idaho Department of Lands in Jerome. Western Watersheds will also have to pay an annual $800 fee based on the number of sheep or cattle authorized for the allotment.

"That's still a screaming deal," said Erik Molvar, executive director of Western Watersheds Project, noting that private-land grazing fees are about three times that much. "Certainly, at those prices, the parcel is a lot more valuable for conservation than it is for grazing livestock."

Molvar said the group will not graze livestock but instead convert the grazing lease into a conservation lease and allow the area to be used by wildlife, notably a herd of 50 pronghorn that frequent the area. Elk and bighorn sheep are also in the region.

He also said sections of two streams running through the parcel, Fourth of July Creek and Champion Creek, will be protected. The new lease takes effect on Jan. 1.

The current leaseholder, Michael Henslee of Plateau Farms, didn't return a call from The Associated Press on Friday. Plateau Farms has both sheep and cattle, grazing in locations from southern to central Idaho.

"It's a big concern when we start taking productive ground that is properly managed and properly grazed and decide we're going to convert it," he said.

He said ranchers are themselves conservation-minded in keeping lands healthy while also preventing overgrowth that could result in wildfires.

The leased area allows grazing amounting to 112 AUMs, or animal unit months. One AUM is the amount of forage necessary to feed one cow, or one cow with a calf less than six months of age, or one bull for one month. Five sheep or five ewes with lambs are considered one AUM.

Mulroney said the $8,200 upfront cost for the lease would have likely made it difficult to profit on the land with grazing.

The Idaho Department of Lands manages more than 1,100 grazing leases on 2,700 square miles that are mostly in the southern two-thirds of the state.

The Idaho Land Board, comprised of the governor and four other statewide elected officials, directs the Department of Lands and is constitutionally required to maximize long-term profit. In all, the board manages about 3,900 square miles that generate money mainly for public schools.

The Land Board is open for business on those lands. It does have some discretion, but is typically required to take the best deal.

"In this case, the conservation lease was the use that won the auction and made the most money for the Public School Beneficiary," Sharla Arledge, spokeswoman for the Idaho Department of Lands, said in a statement.

The group sued and prevailed when the Idaho Supreme Court ruled the Land Board didn't have that discretion. That court decision made possible the new lease in the Sawtooth Valley.

Molvar said it was an expensive way to achieve conservation and not applicable to all public lands, but worth it in an area rich with wildlife and that's also a tourist destination for outdoor enthusiasts.

"The Sawtooth Valley is one of the crown jewels of Idaho that is really valuable for wildlife and for fisheries," he said.