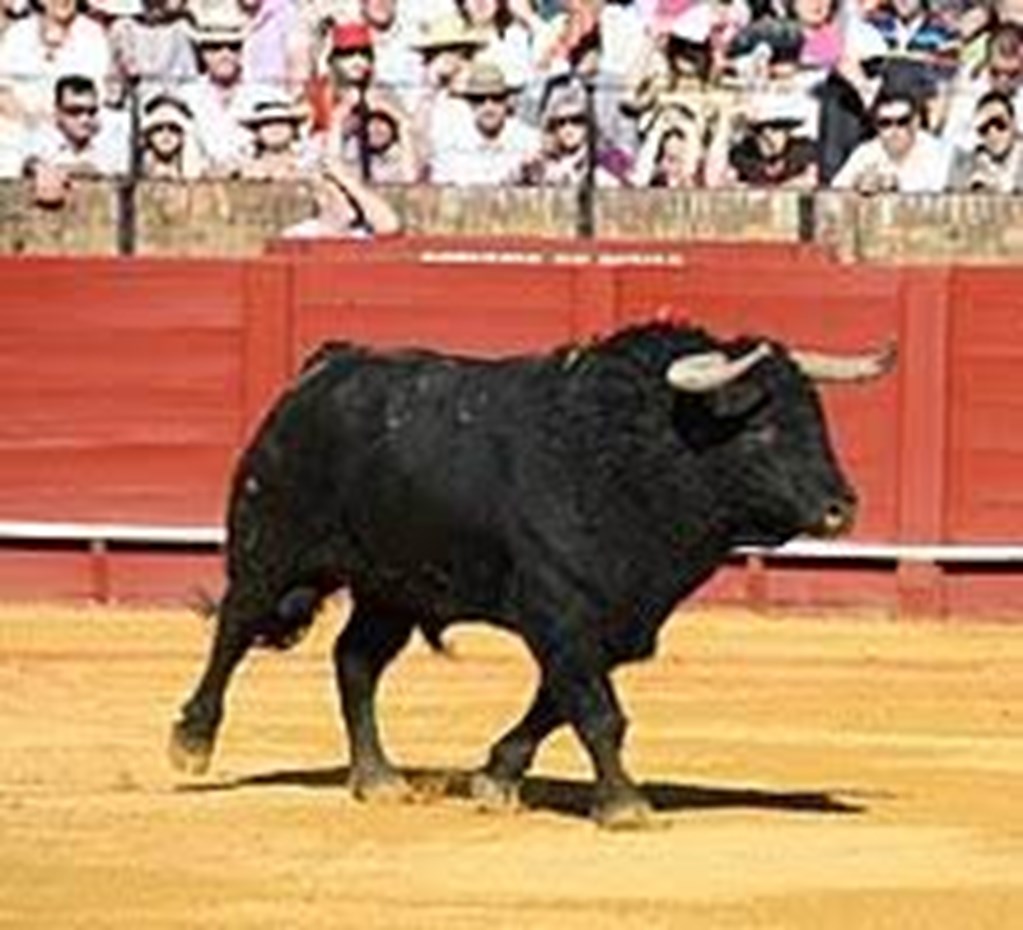 ZURICH, Switzerland — Breeding cattle for food reduces the animals’ brain size by up to a third, according to new research. Dairy cows fare worse with 30 percent less gray matter than their wild ancestors. Scientists say that contact with humans shrinks the brains of cattle and even pets like dogs, as taming dampens fear and aggression.

The “taming effect” on Spanish fighting bulls is reduced by about half, boosting chances of survival against matadors. Unlike their farmland peers, they have no contact with humans outside the ring. The phenomenon laid the foundation for Charles Darwin’s theory of evolution 162 years ago. He first noted how agriculture changed animals’ bodies.

Now an analysis of 371 brain specimens from 71 cattle breeds proves he was correct. It adds to the evidence that domestication makes animals less intelligent by harming their information processing.

“This is one of the highest magnitudes of reduction seen in domestic mammals — and the second-highest among livestock,” says study lead author Ana Balcarcel, a paleontologist and Ph.D. student at the University of Zurich, in an interview per South West News Service. She describes the implications as “significant” and notes they also apply to pets.

“I have a dog. Knowing how clearly we change the anatomy and behavior of some of our favorite animals is critical to the choices we make regarding our personal lifestyles. Everyone involved was surprised. We have known domestication tends to reduce the brain, but the intensity of the relationship to humans determines the degree,” says Balcarcel.

The study also identifies dramatic differences in the numbers of neurons between particular types of domesticated cattle. They were compared to extinct wild cattle, or aurochs, that were hunted to extinction by 1627. “Bullfighting cattle, the most aggressive breed, have the largest brains of all. They are most similar to wild cattle. Dairy cows have the smallest brains, with an average reduction of 30.6 percent compared to the aurochs. It is reduced twice as much as that of bull-fighting cattle,” explains Balcarcel.

The pattern reflects the degree of human contact to which breeds are exposed, along with how intensely they are tamed. “Breeding protocols for different cattle types vary significantly in both of these aspects,” Balcarcel adds.

‘Cattle that have closest relationship to humans have smallest brains’

It’s known that domestic animals have smaller brains than their wild relatives and ancestors, ranging from pet cats and dogs to lions, elephants, and tigers that perform in circuses. But these new findings suggest the effect is bigger than previously believed.

The Swiss research team focused particularly on breeds raised for the production of beef and dairy products. They also focused on Spanish fighting bulls and “park cattle.”

“We note bullfighting cattle experience no human contact throughout life — and are actively selected for aggressive behavior. Park cattle, similarly, experience little to no human engagement. Both of these cattle types have larger brains than beef and dairy breeds,” says Balcarcel.

Beef cattle have larger brains than dairy cows and are much less likely to be chosen for their docile temperament, supporting the theory. “Consequently, cattle that have the closest relationships to humans ultimately have the smallest brains. This condition, among most domestic mammals, is reportedly driven by reduction of the brain region responsible for the processing of fear and aggression,” she says.

Previous research has only compared wild with domestic animals on a more general basis. Balcarcel and colleagues took advantage of the diversity of cattle breeds that undergo varying selection pressures. It enabled them to carry out the most detailed study of brain evolution of its kind.

“Across types, gradients in reduction parallel selection for docility and intensity of human contact. Bullfighting cattle, which experience no human contact, have the largest brain, closest to the wild type, while dairy cattle have the smallest. Docility makes handling easier but also improves the volume and quality of milk and beef production. So animals that are aggressive or excessively fearful are culled,” she explains.

From birth, dairy calves experience regular human interaction through cleaning and feeding, building bonds with humans throughout their life. By contrast, beef herds tend to perceive humans as a potential danger. They also have different metabolisms. Milk production is energetically and physiologically more taxing than beef.

Will people begin eating less meat to save the cows?

Humans began domesticating animals some 10,000 years ago and they looked very different from those we eat today. Intensive breeding has made cows, sheep, chickens, and other creatures possess more meat and less gray matter. Cattle were among the first animals to be domesticated, along with sheep, goats, pigs, and geese. Breeding them has been traced back to 18th century English farmer Robert Bakewell. He is said to have raised Chillingham Wild Cattle into larger and meatier animals than their ancestors.

Nearly all domestic animals have been shown to have smaller brains, especially those bred for consumption or companionship. Domestication reduces the brains of pigs and dogs by 34 and 29 percent and those of sheep and cats by around 24 percent.

“Cattle are globally one of the most populous and widespread livestock, and yet have not been examined for brain size change, due to the extinction of their wild form nearly 400 years ago,” the study reads. The results clarify just how much and in what manner humans affect animals we domesticate, she said.

“The brain is highly malleable, and we are changing that of domestics, essentially with the amount and type of interaction we have with them. As you see with bullfighters, we don’t have to consume them to change their brain,” says Balcarcel. “The fact they have a larger brain than all other breeds is remarkable. The selection for aggression is unmistakable. It is clearly the most coveted quality — and strongly linked to a larger brain.”

She believes the paper may inspire some people to eat less meat or consume fewer animal products in general. “That is not our intention, but it would be a nice consequence,” Balcarcel adds. “The human relationship encompasses all the factors that have been proposed as affecting domestic animals. They include selection for docility and provision of resources — which make aggression essentially less ‘useful’.”

This study is published in Proceedings of the Royal Society B: Biological Sciences.