Temperatures this week were generally cooler than normal west of the Continental Divide, while warmer than normal temperatures were common in the Upper Midwest and Northeast. Heavy rain fell across widespread sections of the eastern United States, in many locations due to the influences of tropical cyclones Fred and Henri and their remnants. The widespread rainfall led to condition improvements in areas suffering from abnormal dryness or moderate drought. Tragically, this led to a flash flood event with numerous fatalities in Tennessee. Parts of the Midwest, High Plains, and West regions received beneficial rainfall this week, which led to improvement in drought conditions in some locales. Many locations across the central United States that missed out on heavier rains this week saw drought conditions degrade. 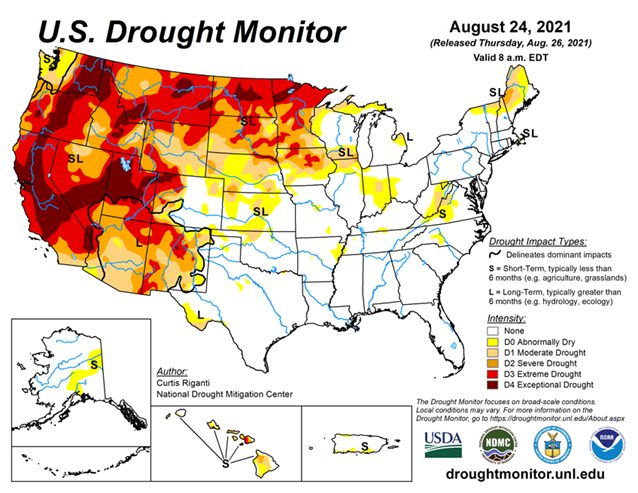