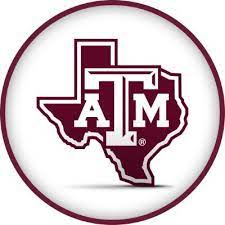 Space and exercise could be almost as important as food and water to the successful development of beef heifers raised in drylots, and quantifying that importance is the aim of a planned study by a Texas A&M University Department of Animal Science researcher in the College of Agriculture and Life Sciences.

Reproductive development of replacement heifers dictates the overall efficiency of cow-calf operations. In order to maximize efficiency and minimize resource use, beef industry replacement heifers are increasingly being housed in drylots. While the practice is less common in Texas than in other areas of the country, land-use trends suggest it may become more prevalent, said Texas A&M’s Reinaldo Cooke, beef cattle production associate professor. “As an example, Houston, Navasota and College Station will soon become one big metropolitan area,” Cooke said. “We are going to have less grass resources for cattle, competing with urban development and crop production. I don’t believe the whole industry will change to confined operations, but we need to find management systems to make sure we are maintaining or promoting production efficiency and fostering animal welfare.”

The team received a $500,000 grant from the U.S. Department of Agriculture, USDA, National Institute of Food and Agriculture to determine if management of stocking density can prevent development of the reproductive pathways needed for the heifer to reach puberty.

In typical U.S. spring-calving herds, replacement heifers are weaned in the fall and exposed to their first breeding season the following spring at about 15 months of age. During late fall and winter, heifers are often moved to drylot systems to ensure adequate feeding for growth, with special care to their nutritional regimen.

“Also, it’s becoming more common in the western U.S., especially where the cows and calves are grazing forage on public lands, in October to wean the calves and bring them into a drylot system to feed for the winter. Even in operations with normal grazing, when the winters are severe, the heifers are moved to drylots to facilitate management and feeding. This typically begins during a critical period of growth around 7-9 months.”

Cooke said his research group is the first to investigate and portray the potential adversities that result from this management scheme to heifer welfare and reproductive development.

The current stocking and spacing recommendations are mostly related to feedlot cattle, and aren’t adaptable to cow-calf systems, he said. With more operations opting to rear heifers in drylots to meet environmental challenges and limited resources, producers need specific guidelines regarding stocking density.

Cooke said his earlier studies have found that beef heifers moved into drylots had lower reproductive efficiency than expected.

“Every time we have heifers enclosed in a confined environment, their reproduction efficiency is less than heifers in open pasture that had a lower quality diet,” he said. “The drylot heifers gained more weight with better food, but not reproductive efficiency.”

Cooke said while looking at the literature to understand what was happening, he found no one had studied the reproductive differences between the pasture-fed and drylot-reared heifers.

“That prompted us to run this project to determine why puberty is being blocked.”

Cooke said heifers in drylots don’t have much opportunity to exercise, which is important to their hormonal welfare. So, their study design will help determine if providing areas for voluntary exercise and more loafing space mitigates the negative effects of drylot-housing.