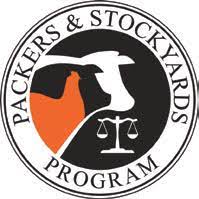 Our Food, Beverage & Agribusiness Team provides insights into the recent announcement by the U.S. Department of Agriculture about upcoming proposed rules under the Packers & Stockyards Act and a recent congressional hearing on examining the state of cattle markets.

Congress passed the Packers and Stockyards (P&S) Act in 1921 to ensure competition and integrity in the livestock, meat, and poultry farming markets. The P&S Act was enacted in response to concerns about the “Big Five” meatpackers of the time and sought to strengthen enforcement in the sector. One hundred years later, as part of the issuance of its July 9, 2021 Executive Order on Promoting Competition in the American Economy, the White House has reported that four companies dominate 80% of the beef market today.

On June 23, 2021, the Senate Agriculture, Nutrition & Forestry Committee conducted a hearing in response to concerns of cattle producers and other interested stakeholders about the “Big Four” processing plants. As the title of the hearing—“Examining Markets, Transparency, and Prices from Cattle Producer to Consumer”—suggests, some cattle producers are concerned about the lack of transparency and competition within cattle markets. Chairwoman Debbie Stabenow (D-MI) also noted that farmers and ranchers were concerned with “concentration in the packing industry, potential market manipulation, [and] lack of access to small- and mid-size plants.” The USDA has also signaled that it plans to work on three proposed rules to strengthen enforcement under the P&S Act—proposals that the White House has encouraged the USDA to act on as underlined in the Executive Order.

Why the Focus Now?

The pandemic and other recent events have revealed how concentration can take a painful toll on independent farmers and ranchers, while exposing working family consumers to higher prices and uncertain output.

There are several factors that have led to the recent USDA and congressional attention on the livestock industry. As a result of the COVID-19 pandemic, consumers have seen shortages in meat and meat products, which has led to disparities between consumer box price and cattle market prices. In addition to shifts in supply and consumer demand, as highlighted by Stabenow during the Senate hearing, other problems have affected the cattle market industry, including inadequate protection of employees in meat-processing plants and COVID-19 outbreaks at processing plants.

The Senate hearing focused on examining concerns about lack of transparency and competition from livestock farmers and ranchers and touched on meat processors’ struggle with labor shortages, the difficulties in hiring staff converging with rising consumer demand for meat, and the recent ransomware attack on JBS—which halted one-fifth of the nation’s meat-processing capacity. These vulnerabilities underscore many Senators’ concerns about the current state of the cattle market and need for USDA review and potential for congressional action in the future.