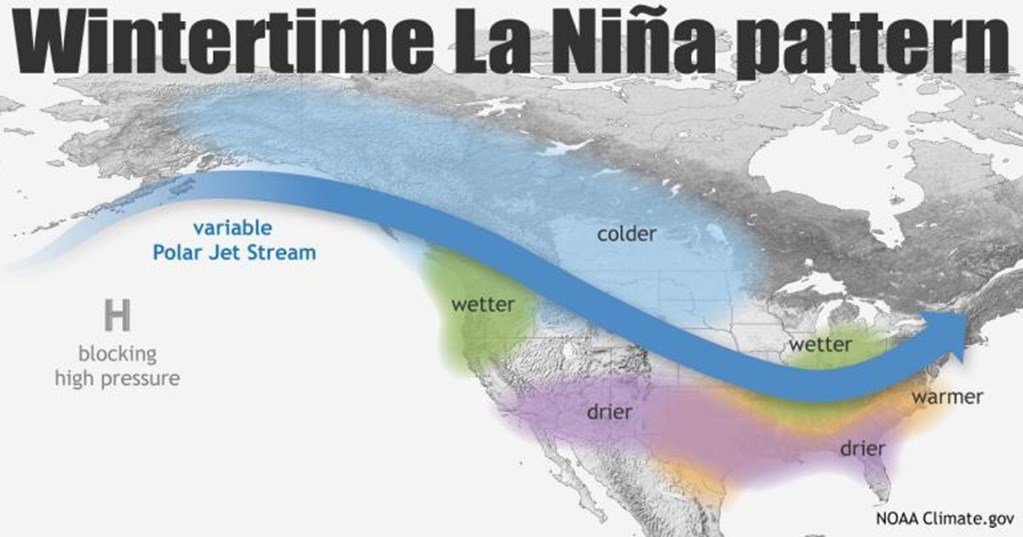 Typically, a La Niña pattern tends to deliver above-average moisture and below-average temperatures to the Pacific Northwest and Northern Rockies during the winter and spring months. An El Niño pattern favors those same conditions in areas further south, including California, New Mexico, and Southwest Colorado.

Right now, NOAA has listed the current climate conditions in the Pacific as “favorable” for La Niña with chances for the pattern to develop set at 55%. Although that’s not the most sure-fire percentage regarding a long-range forecast, the data is something to monitor as we get closer to winter and can start saying with more certainty where the majority of snow may fall for the 21/22 season.

That said, much of the confidence in this type of long-range forecasting relies on wildly advanced computing models that factor in countless data points to deliver a comprehensive multi-model prediction.

For those unfamiliar with the nature of El Nino Southern Oscillation, otherwise known as ENSO, the National Weather Service’s definition of the meteorological phenomenon is included below.

ENSO is a recurring climate pattern involving changes in the temperature of waters in the central and eastern tropical Pacific Ocean. On periods ranging from about three to seven years, the surface waters across a large swath of the tropical Pacific Ocean warm or cool by anywhere from 1°C to 3°C, compared to normal.

This oscillating warming and cooling pattern, referred to as the ENSO cycle, directly affects rainfall distribution in the tropics and can have a strong influence on weather across the United States and other parts of the world. El Niño and La Niña are the extreme phases of the ENSO cycle; between these two phases is a third phase called ENSO-neutral.

El Niño: A warming of the ocean surface, or above-average sea surface temperatures (SST), in the central and eastern tropical Pacific Ocean. Over Indonesia, rainfall tends to become reduced while rainfall increases over the central and eastern tropical Pacific Ocean. The low-level surface winds, which normally blow from east to west along the equator (“easterly winds”), instead weaken or, in some cases, start blowing the other direction (from west to east or “westerly winds”). In general, the warmer the ocean temperature anomalies, the stronger the El Niño (and vice-versa).

La Niña: A cooling of the ocean surface, or below-average sea surface temperatures (SST), in the central and eastern tropical Pacific Ocean. Over Indonesia, rainfall tends to increase while rainfall decreases over the central and eastern tropical Pacific Ocean. The normal easterly winds along the equator become even stronger. In general, the cooler the ocean temperature anomalies, the stronger the La Niña (and vice-versa).

Neutral: Neither El Niño or La Niña. Often tropical Pacific SSTs are generally close to average. However, there are some instances when the ocean can look like it is in an El Niño or La Niña state, but the atmosphere is not playing along (or vice versa).