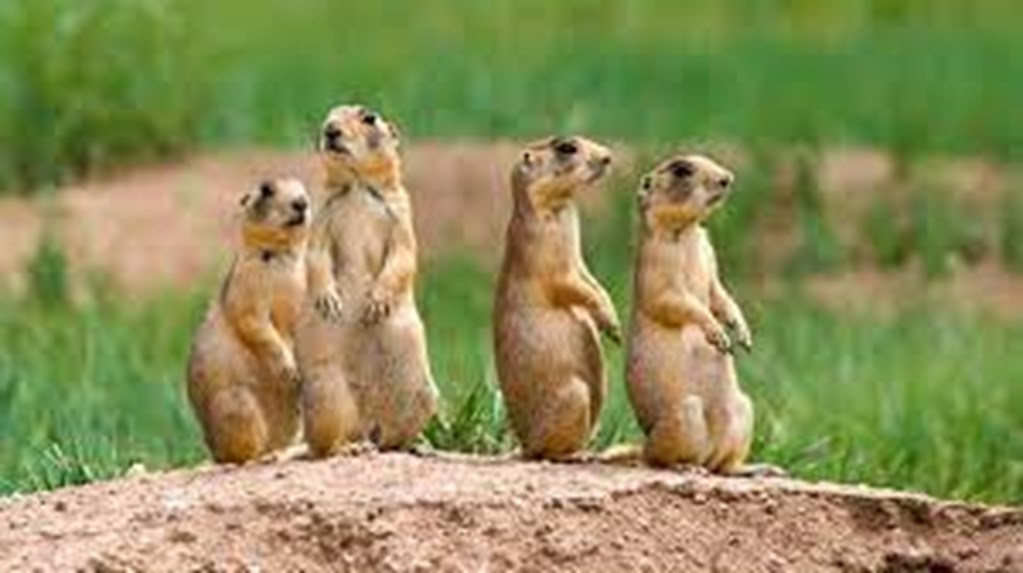 Prairie dogs compete with cattle for forage and have a reputation for damaging grazing lands, reducing annual forage production, and degrading the vegetation plant community. Scientists at the United States Department of Agriculture (USDA), Agricultural Research Service (ARS), took a closer look at this competition and found that in some cases, there may be more room for cattle and prairie dogs to coexist than was previously thought.

Prairie dogs are small mammals that live in underground holes or tunnels. Five species of prairie dogs can be found in North America, but the best known of these is the black-tailed prairie dog (Cynomys ludovicianus). Because prairie dog colonies or "towns" can consist of hundreds to thousands of individuals and can vary widely in size from a few up to thousands of acres, ranchers often take numerous measures to prevent black-tailed prairie dogs from occupying too much of their land and competing with their cattle for forage, as this could affect livestock weight gains and reproduction rates.

"Based on the findings thus far, we've found that prairie dogs and cattle can coexist on the same pastures, with only minor declines in cattle weight gain when prairie dogs are abundant," said Augustine, a research ecologist with the Center's Rangeland Resources and Systems Research Unit. "Under conditions of average rainfall during the growing season in shortgrass steppe, prairie dog grazing reduces the amount but enhances the quality of the forage. After measuring the biomass of forage left behind on prairie dog colonies, we found that both protein content and in vitro dry matter digestibility were enhanced. As a result, the cattle can still spend a considerable amount of their time grazing on prairie dog colonies."

In the 12-year study published in The Journal of Wildlife Management, yearling steers grazed on shortgrass prairie pastures in which prairie dogs were either controlled or were allowed to fluctuate naturally in abundance. Scientists found that as prairie dog colonies occupied an increasing proportion of a given pasture, the cattle weight gain did decline, but less than they had expected.

While the reductions in weight gain were smaller than expected, they still represent an economic loss for livestock producers. Since these results are based primarily on measurements during years with average or above-average rainfall, scientists are still concerned that significant impacts could occur during a drought if prairie dogs occupy a larger percentage of pastures.

As a result, it is important for ranchers to monitor prairie dog abundance, especially in dry years, and there is still a need for additional research on the interaction between prairie dogs and drought on livestock weight gains.

"In rare occasions, we may find a high number of prairie dogs in pastures during months of low precipitation, and this combination could have a detrimental effect on the availability of forage," noted Augustine. For ranchers with prairie dogs occurring on their lands, additional research is needed to predict these conditions and their associated costs. There is more work to be done with grazing management and development of conservation-focused measures to manage livestock while still maintaining biodiersity.  Then, maybe ranchers and prairie dogs can finally call a truce.