Federal funding for meat packing expansion could help, but no cure-all 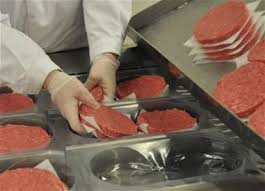 (The Center Square) – A $500 million federal investment to increase capacity and production in the meat and poultry processing industry is a step in the right direction, although not a cure-all, the president of the Nebraska Farm Bureau Mark McHargue told The Center Square.

“I think there’s a general consensus that we need more growth in the sector,” McHargue said. “The meat-packing sector has, I believe, shrunk some in the cattle side of the equation.”

There has also been a lot of consolidation in the industry as large packers buy out smaller ones, McHargue said.

“Typically, when consolidation happens, it’s not because there has been huge money in it,” he said. “A lot of times they are consolidating because they are trying to cut costs and increase efficiency.”

The funds, released as part of an executive order by President Joe Biden, are aimed at making agricultural markets more “accessible, fair, competitive, and resilient for American farmers and ranchers,” the U.S. Department of Agriculture said in a news release.

Consolidation in the industry had left farmers and ranchers with fewer options for selling their products, the statement said.

“The result is that often family farmers and ranchers are getting less, consumers are paying more, and those in the middle are taking the difference,” the release said.

Federal dollars alone may not have much of an impact, McHargue said.

“But can it be part of the solution?” he asked. “I think we incentivize a lot of things in our country. Incentivizing people to maybe leverage up some capital, or do some market analysis, those types of things could help.”

McHarque cautioned against direct government intervention in the marketplace.

“I think we need to be careful about that,” he said. “Generally, we want the markets to work. Long-term, that is the best-case scenario.”

“There has been so much chatter about the cattle sector and the packers making so much money and the ranchers and the feedlot almost losing money, and that conversation clearly has reached the White House in my opinion,” McHargue said. “I think that is why [Vilsack] was out in our part of the country.”

This article originally ran on thecentersquare.com.