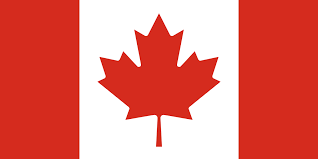 Canada's cattle industry is closely monitoring a new review of meat labelling practices in the United States, wary of previous American regulations that led to a bitter trade dispute between the two countries.

President Joe Biden this month also issued an executive order instructing the United States Department of Agriculture to consider issuing new rules defining when meat can have a "Product of USA" label on it.

It comes as some U.S. farm groups continue calls for a return of mandatory country-of-origin labelling (MCOOL), regulations that American lawmakers repealed in 2015 after the World Trade Organization (WTO) ruled they violated international trade law.

Dennis Laycraft, vice-president of the Canadian Cattlemen's Association, said they are talking with the federal government and diplomatic officials in Washington, D.C., about the review and keeping close tabs on the process.

The industry estimates the value of Canada's exports of beef and live cattle to the States at between $2.5 billion and $3 billion annually. (Jeff McIntosh/The Canadian Press)

Though he's doubtful MCOOL itself could be resurrected, he said it's important Canadian producers not be discriminated against in other ways, even if it is through tweaks to the voluntary labelling scheme.

"There's kind of shades of grey around these things," Laycraft said.

"If you put it in a certain way that it could lead to some price discounts [on Canadian beef], then that in our mind would violate the WTO ruling."

Many American ranchers have struggled to break even on their cattle even as grocery prices have soared. The review of the labelling rules is part of a broader effort to improve market competitiveness for the U.S. meat industry.

That includes an extensive look at when meat can have a "Product of USA" label on it.

Current rules have drawn the ire of some ranchers because meat can be labelled "Product of USA" if it is only processed in the United States — including meat raised in another country but processed stateside. The labels are voluntary.

Groups like the North Dakota Farmers Union (NDFU) believe the "Product of USA" label should apply only to cuts of meat that are from animals born, raised and harvested in the States.

"We believe that there are many consumers who are willing to pay a premium for that product," said Matt Perdue, the NDFU's government relations director.

"The voluntary label is really about giving consumers that option. And when they choose that option, they know, in fact, what they are purchasing."

The Canadian cattle industry notes the North American industry is very closely integrated, with animals moving back and forth between countries.

It pegs the value of its exports of beef and live cattle to the U.S. at between $2.5 billion and $3 billion annually, and it's wary of any changes that would impede that trade.

Bill Bullard, chief executive of R-CALF USA, an American cattle trade association that supports a return of MCOOL, feels the review moves them another step closer to bringing it back.

"I think it's an incentive for Congress to step up to the plate now and reintroduce a mandatory country of origin labelling bill," Bullard said.

"The feedback has been positive, but we do not yet have a commitment to actually introduce the legislation that we're seeking."

MCOOL rules were at the source of a long-running trade dispute between Canada and the United States.

Bill Bullard, chief executive of R-CALF USA, an American cattle trade association that supports a return of MCOOL, says the review moves them another step closer to bringing it back. (R-CALF USA)

U.S. supporters of MCOOL have argued consumers deserve to know where their meat comes from. But the rules ran into stiff opposition on both sides of the border, with some calling it simple protectionism.

During the trade dispute, Ottawa estimated the U.S. legislation cost the Canadian pork and beef industries about $1 billion a year. After its ruling, the WTO gave Canada the right to impose $1 billion in trade duties.

Laycraft said Canada still has the ability to retaliate with tariffs should the U.S. violate the ruling.

He said the Canadian sector also has the support of groups like the National Cattlemen's Beef Association, the largest national association representing U.S. cattle producers, which argues MCOOL was costly and ineffective.

Laycraft noted that Biden's secretary of agriculture has indicated that whatever the U.S. does on meat labelling, it will be WTO compliant, but added they are monitoring how that plays out.