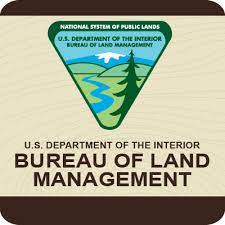 The White House on Friday backed President Joe Biden's nominee to lead the nation's public lands bureau, pushing back against growing calls to withdraw the nomination from key Republican lawmakers.

Earlier, U.S. Senate Minority Leader Mitch McConnell joined calls by several Republican Senate colleagues for Biden to withdraw the nomination of Montana conservationist Tracy Stone-Manning to run the Bureau of Land Management due to her ties to a decades-old tree-spiking incident. Tree spiking involves hammering a metal rod into a tree to prevent logging.

On Friday, the White House said in a statement that Stone-Manning "is a dedicated public servant who has years of experience and a proven track record of finding solutions and common ground when it comes to our public lands and waters. She is exceptionally qualified to be the next Director of the Bureau of Land Management.”

The BLM, a division of the Interior Department, manages more than a 10th of the nation's surface area, overseeing permitting for energy development, grazing, timber harvesting and recreation.

The director position will be central to the Biden administration's effort to address climate change through management of public lands, including a current review of the federal oil and gas leasing program.

This week, 10 Republican members of the Senate Energy and Natural Resources Committee, including Senator John Barrasso of Wyoming, sent a letter to Biden calling for withdrawal. They accused Stone-Manning of making false statements to the committee about her involvement with an extreme environmental group in the late 1980s.

The committee's Democratic chairman, Senator Joe Manchin of West Virginia, did not respond to a request for comment.

Stone-Manning most recently was senior adviser for conservation policy at the National Wildlife Federation, advocating against former President Donald Trump's push to maximize fossil fuel production at the expense of other public land uses.

Prior to joining the NWF in 2017, Stone-Manning served as chief of staff to the Democratic former governor of Montana, Steve Bullock.